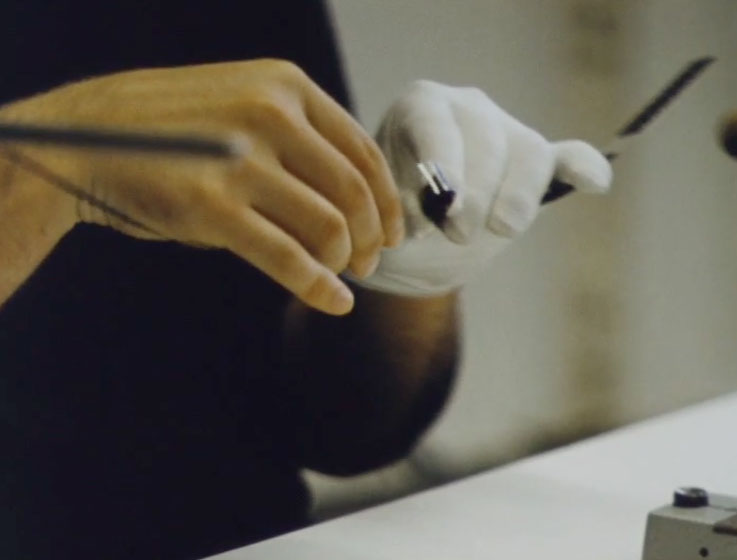 A grant from the G.& B. Schwyzer-Winiker Foundation (Zürich) in 2000 allowed me to begin the restoration of Eniaios; Pannonia Foundation, National Film Preservation Foundation (The Film Foundation) and others have helped us to continue the work. After the first three film orders were repaired, we worked with Cinema Arts to produce an internegative and projection copy.

English filmmaker, Lucy Parker, came to my assistance while I was repairing Cimabue!Cimabue!, an extremely complex film in the fourth Eniaios order. I realized that further parts of Eniaios could only be saved, if I persuaded younger filmmakers and volunteers to help restore the films. Ian R. Wooldridge assisted me for several years in the restoration of Eniaios films, and most recently James Edmonds has worked on Eniaios IX -XII. Other filmmakers, Alexandre Favre (with Yulia Mukha), Silvia das Fadas and Nina Zabicka, have helped for shorter periods. James and Alix Blevins are currently restoring thousands of splices in Eniaios XII.

Photochemical art and technology faces many challenges, yet we still have the opportunity to produce remarkable moving images in the existing film labs. The important advantages and relative stability of analogue film should not be underestimated.

I also feel fortunate to have partners such as Austrian Filmmuseum, Berkeley Art Museum/Pacific Film Archive, Harvard Film Archive and Anthology Film Archives, who  function as teaching-archives, museums and centers of film appreciation.